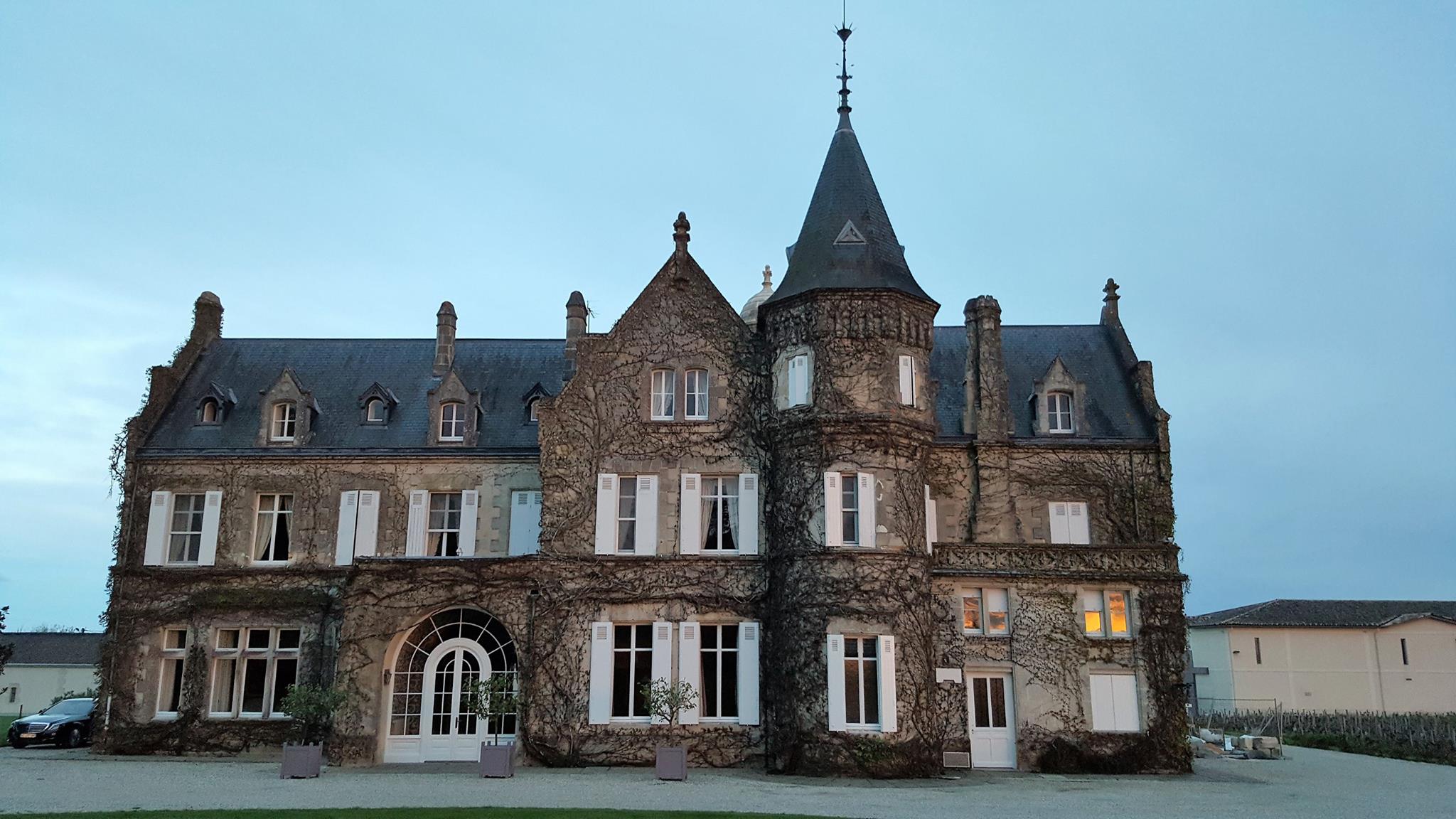 You drive through the small village of Margaux, then turn left in the front of excellent restaurant Le Savoie, passing a superb bakery shop on the little street and then you see a big, big property. 115 ha of vines planted with 50% Merlot, 45% Cabernet Sauvignon and 5% Petit Verdot. Vines here are on average 35 years old, and the soil composition is a bit atypical for Margaux district with limestone and clay in addition to gravel. Limestone and clay favour particularly Merlot. There are many parcels spread over the whole Margaux district.

Dominique Befve, who had worked at Lafite Rothschild, arrived here in 2001, when USA based investment group, Colony Capital, purchased it after 30 years of ownership of the property by English brewery company Bass Charrington. Before Bass Charrington stepped in, Alexis Lichine bought Lascombes in 1952 and a group of American investors.

Colony Capital made considerable investments in Lascombes and heavily modernised the winemaking facilities. 6 years later, they put Lascombes put for sale, but first, in 2011, a French insurance group MASCF purchased it. The new owner didn't make personal changes and has kept the entire wine team.

Dominique Befve is Lascombes' technical director. He explains that Lascombes doesn't utilise machine harvest; grapes are treated with cold pre-fermentation to soften the skin and keep freshness/aroma. Wine ages on lees for 18 months in 80% new oak, and these cask are on specially designed wheels, so the juice and lees are "blended" frequently. 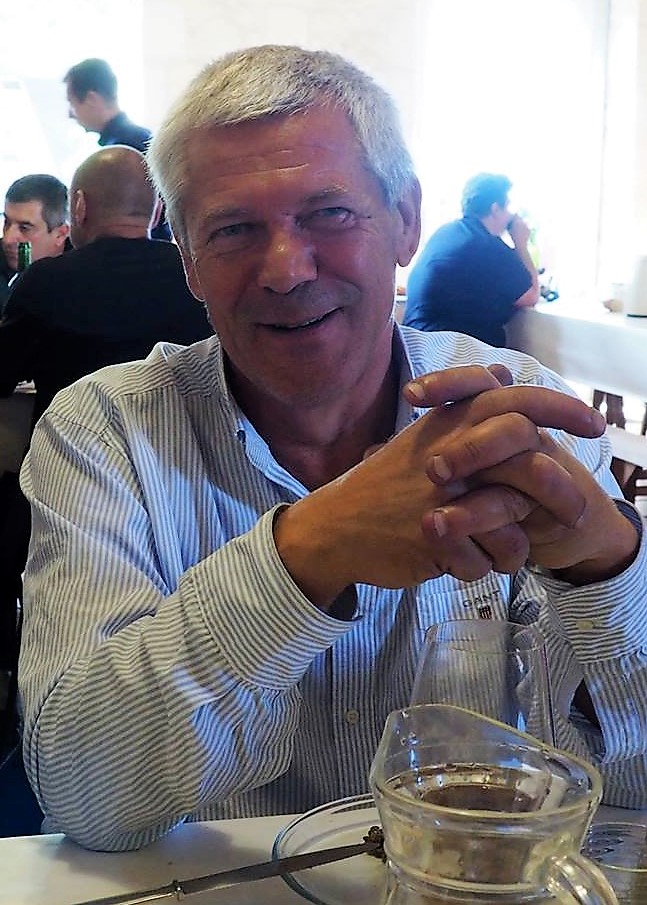 Dominique Befve during the 2015 harvest - he has every reason to smile!!

Michel Rolland has been a consultant since 2001, and I was lucky to follow him and Lascombes' technical staff in October 2004, when he checked if Merlot grapes in particular parcel few kilometres from Lascombes were ready to be harvested. It was great to watch and hear his comments. A lesson in explaining phenolic ripeness! Before our "trip" to the vineyard, he opened the back of his car, and there were no less than +20 pairs of different shoes! Be somewhat prepared for all kinds of weather. 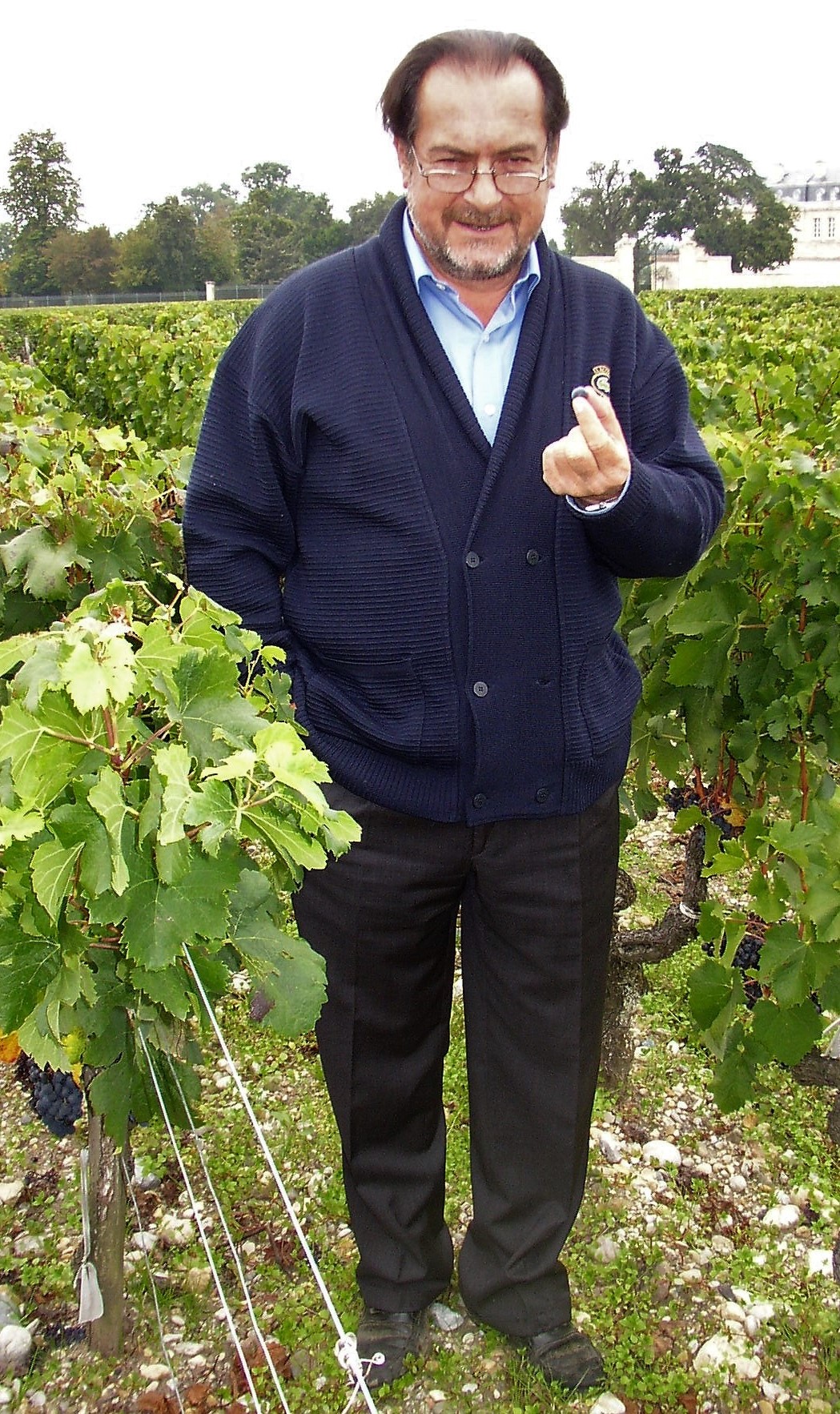 As my tasting notes indicate, Lascombes is a true Margaux wine, especially since 2005 vintage, with great elegance and style. I don't find it at all overblown, overdone and too modern. This 2. Cru is reasonably priced and, therefore, great value for money.

Tasted twice - last time in December 2016. Consistent notes. Quite successful for the vintage. Adorable, light, round and soft. Very tasty. Bad weather conditions during the growing season didn't allow to make better wine. To consume before its 10 years birthday.

Tasted five times - last time in September 2017. Consistent notes. Lovely, aromatic, catchy, seductive and tasty wine, which takes you by storm. Sweet fruit and tannin, all packed in velvet. Not that rich, concentrated and long as 2016, 2015 and 2010, but who cares. Significantly cheaper than chateaux' big vintages. Splendid effort for the vintage!

Tasted in September 2019. Fruity, lovely and elegant. Not so sexy, attractive and seductive 2012, light and with a good finish.

Tasted three times - last time in October 2017. Not consistent notes. This wine is an elegant monster, fat and creamy texture, all wrapped in silk. This wine has turned on all its cylinders after a so-so period while in the barrel. After bottling, it's been only one way concerning quality - and it's been up!

Tasted twice - last time in April 2013. Consistent notes. was more down to earth and more classic vintage than 2010 and 2009, but still with good intensity, ripeness and complexity.

Tasted twice - last time in April 2016. Quite mineral, grilled bacon, tobacco leaves, fine backbone and depth, elegant and with finesse. There is more Cabernet Sauvignon than usual in the blend.

Tasted twice - last time in April 2013. Consistent notes. This wine had a touch of warm fruit, and tannin was a little bit dry. Seemed suffering from the extreme heat in August. Will imho not make old bones.

Tasted in October 2019. A splendid nose of ripe blackcurrants, splendid complexity and structure, deliciously fruity finish. A lot of style and finesse here. Classy wine from Margaux commune at its peak.

Tasted in April 2013. I tasted at the property. An utterly awesome treat with lively fruit, remarkable elegance, stunning complexity and richness.

2020 vintage in Bordeaux is said to follow the trend of excellent vintages as f.i. 2016 and 2018/9. Because of coronavirus, I did not travel to Bordeaux for primeurs tastings. Instead, I'm getting barrel samples sent to my home in Copenhagen. I expect to taste between 400-500 barrel samples. NB - report with TNs and ratings will first be available in "2020 FROM BARREL" ("VINTAGES") chapter at the beginning of June/mid-June.

In addition to my website, I also post tasting notes to a well-driven and hugely- scaled website, www.tastingbook.com, where I've 7.750+ followers and 2.350+ TNs by primo April 2021.