Phelan Segur is situated on the same slopes in Saint Estephe as its closest neighbours, Montrose and Meyney. It overlooks Gironde river banks and, therefore, is in a safe environment when white or black frost strikes. The mIcroclimate here is just very advantageous.

Phelan Segur was already a big estate in mid 19th century, thanks to Franc Phelan, of Irish origin. It was he who built the imposing chateau. The name Phelan Segur was first introduced at the beginning of the 20th century. Before that, the property was named Segur de Garamey.

Delon family, who already owned Leoville Las Cases, purchased the property in 1946. In 1985, they sold it to a Gardinier family. The new owner begins to make a lot of modernisation of winemaking facilities. Because of herbicide contamination, they had to take the 1983 vintage back from the market and weren't allowed to release 1984 and 1985 vintages. 1986 was the first vintage produced by the new owner.

The new technical director, Veronique Dausse, arrived in August 2010, just before harvest. Her arrival has resulted in Phelan Segur being more stable in quality and improving.

Phelan Segur's vineyard covers 70 ha, planted with 58% Cabernet Sauvignon, 39% Merlot, 1.5% Cabernet Franc and 1.5% Petit Verdot. The vineyard is divided into four blocks, and some of these touch the ones of Montrose and Calon Segur. The soil is of excellent quality, mostly gravel, mouldy, sandy and clay. Vines here are, on average, 40 years old. 50% of new oak is used for ageing.

Phelan Segur is only Cru Bourgeois, but in several vintages since the 2010 vintage, it challenges classified growths. Thanks to Merlot's large content, it can be very aromatic, polished, elegant and fleshy, while Cabernet Sauvignon provides a strong backbone, structure, and concentration. Both grape varieties complement each other here!

In 2018, this property excelled itself and made a simply spectacular effort. I sincerely hope there will be no filtration or a very light one before bottling in 2020, so no great elements will be removed! 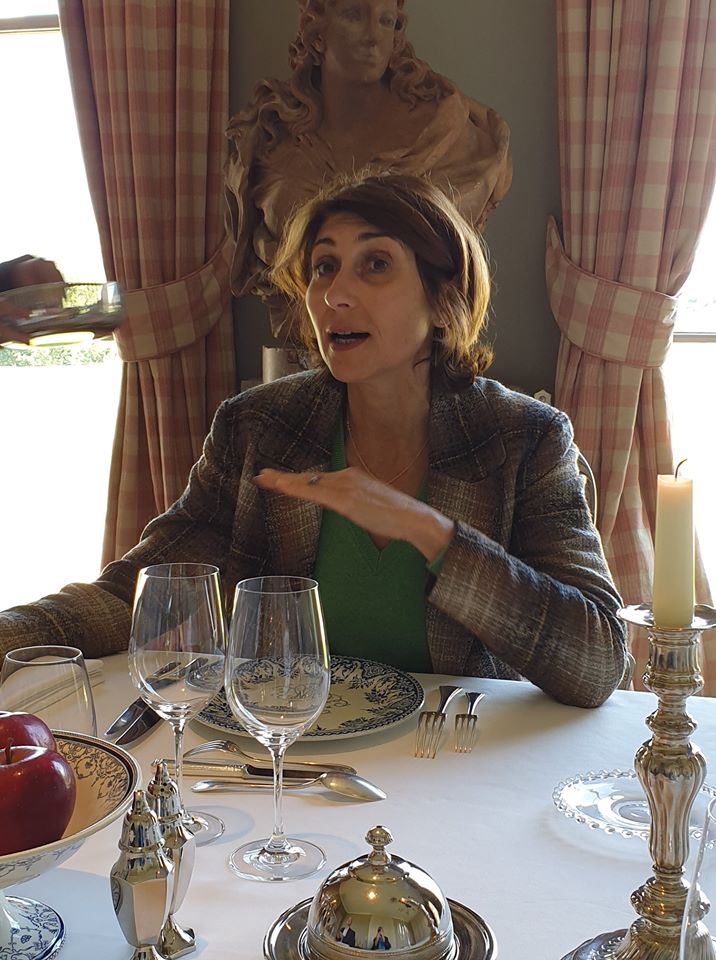 Veronique Dausse, manager of the property since august 2010. Pictured in April 2019

Tasted in April 2022. 75% C.Sauvignon, 21% Merlot and 4% P.Verdot. 13.5% alcohol. There's 50% less Merlot in the blend compared with 2020 and 2019. It was a juicy and vibrant wine with great complexity, strong structure and splendid length. Very C.Sauvignon with sappy black-/redcurrantsand flavours of tobacco leaves and black winter truffle. This property's been on the great run in recent vintages. Impressive stuff.

Tasted in June 2020. 56% Cabernet Sauvignon, 42% Merlot, 2% Cabernet Franc, 14.5 alcohol. There is more Cabernet Sauvignon in 2019 than in 2018 (40%) and less Merlot (52%). You can taste the change in the blend proportions immediately! Aromatic cherries and blackcurrants in big numbers! Deep and big scaled nose, strong backbone, high complexity and significant concentration. Large, very complex, big ripe tannins. A beast in ship clothes! Different than 2018, which was much more sheep clothes than the beast. Will it outperform 2018 vintage – I think it will!

Tasted in April 2017. Aromatic, delicious on the palate with tight structure and meaty finish. Some elegance. Well-made. This wine will, for sure, perform even better in the bottle.

Tasted in April 2016. Tasted delicious, round, fruity, and sappy with fine structure and length. A real crowd-pleaser and perfect restaurant wine!

Tasted in April 2016. Fat fruit and tannin, both perfectly ripe, with great complexity and depth. Strong backbone but also finesse and elegance. This vintage marked the arrival of a new manager of Phelan Segur, Veronique Dausse.

Tasted twice - last time in April 2012. Consistent notes. Chocolate and black cherries splendidly structured and complex. Tannin wasn't as fat and grained as in 2010, but 2009 was a little longer on the palate. Excellent effort as well.

Tasted twice - last time in April 2012. Consistent notes. Tight and a bit edgy, with some dryness in fruit and tannin. Harvested too late?

Tasted in May 2012. This 22-year-old wine from a highly acclaimed vintage was a real heartbreaker with its aromatic, attractive and elegant approach, finesse and soft fruity finish. Delicious stuff.