Excellent wine from Pauillac especially since 2005 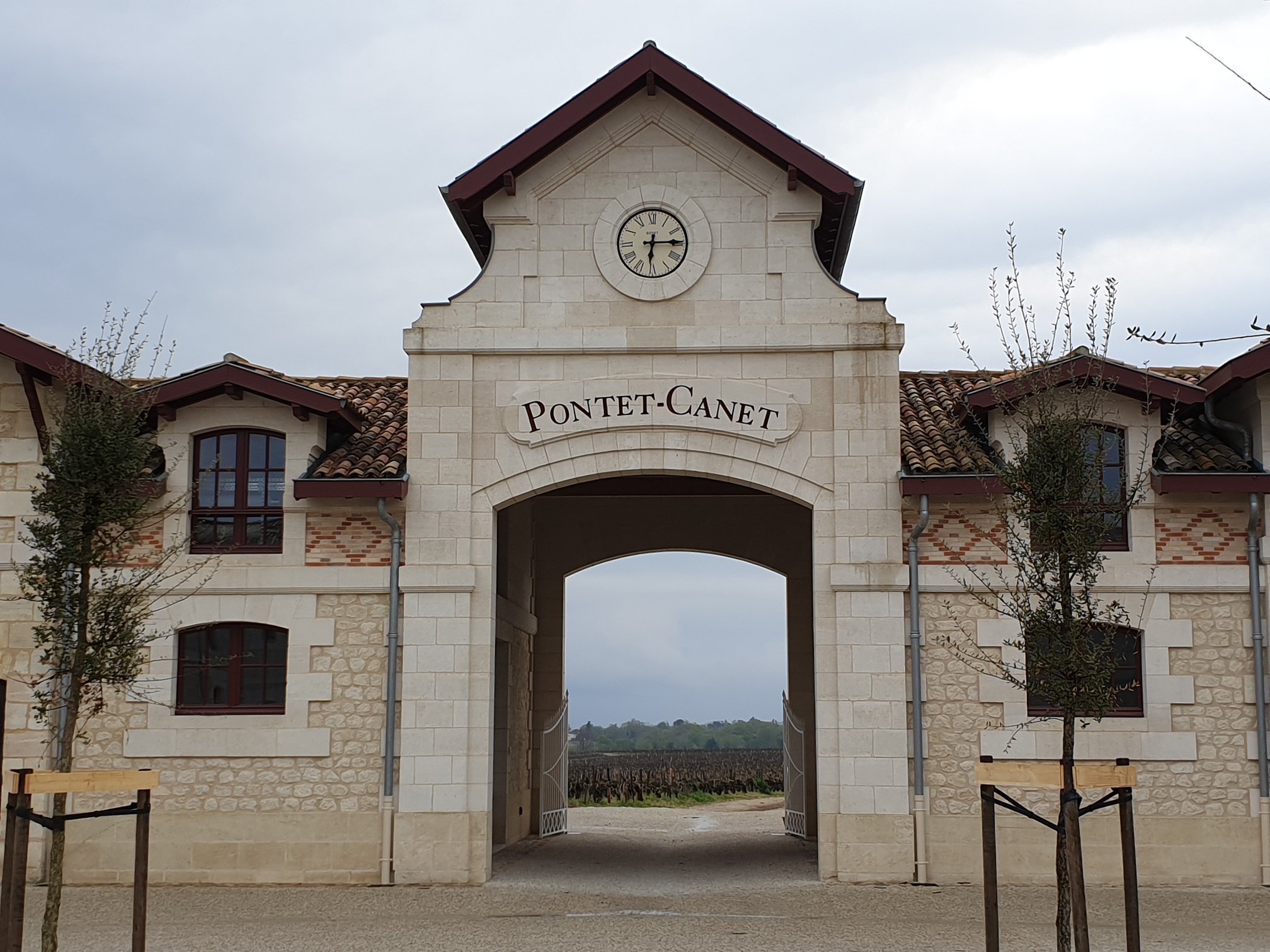 Pontet Canet is 81 ha, situated in Pauillac's northern part, close to Mouton Rothschild. Alfred Tesseron has been here since 2000. Before his arrival, this property suffered a lot because of a lack of money, which prevented essential improvements in the vineyard and cellar. He's worked closely with longtime cellar master Jean-Michel Comme, who was in charge of vineyard and vinification. However, Jean Michel Comme left Ponet Canet in 2020, and Mathieu Bessonet replaced him.

The varieties planted are Cabernet Sauvignon 62%, Cabernet Franc 4%, Merlot 32%, and Petit Verdot 2%, they're 40 years old on average. Pontet Canet is aged in oak that is 60% new.

Since 2004 vintage Pontet Canet has been organic and biodynamic. Today there are five horses to plough vineyard, and there is a special device, so the worker can sit on a chair while steering the horse.

Alfred Tesseron impeccably runs Pontet Canet and has brought the quality of the wine to new heights. Since the 2005 vintage, Pontet Canet has produced wines very close to 1. Growth quality. 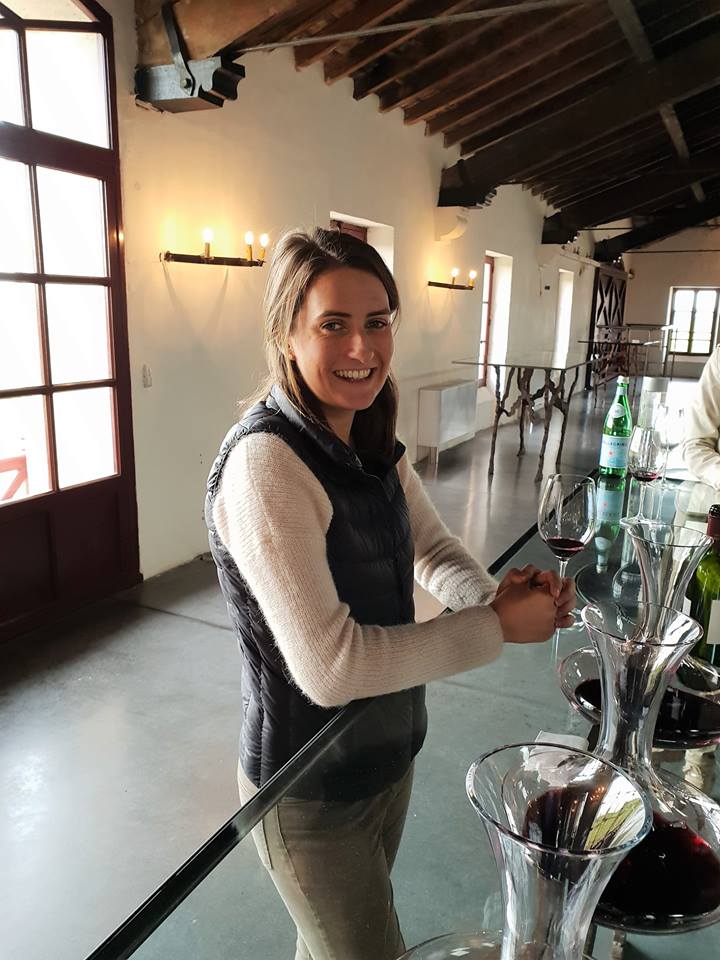 Tasted twice - last time in December 2020. Consistent notes. 70% Cabernet Sauvignon, 22% Merlot, 5% Cabernet Franc and 3% Petit Verdot. Yield only ten hl/ha due to mildew in the spring. I wrote this after tasting from the barrel - "This vintage is by no means a powerhouse at Pontet Canet, merely an elegant wine with much finesse, style, great complexity and excellent length." Now in the bottle and the description is different! Intense nose of tobacco leaf, cigar box and mint on the nose, strong and tight on the palate, creamy blackcurrants and fat tannin, exquisite complexity and long-lasting aftertaste. Awesome stuff.

Tasted twice - last time in October 2018. Consistent notes. It had an intense nose of black fruit, great complexity and style, great sweetness and complexity, sophisticated touch, long fruity finish. 95% of the production went into Grand Vin, and yield per ha was 33 hl.

Tasted in April 2014. This wine was aromatic with splendidly ripe fruit on the nose and palate, silky texture, freshness, great balance and elegance. Finesse rather than power and muscles.

Tasted in April 2012. This property produced an elegant wine in 2011. Not quite in the league of 2010, 2009 and 2005 vintages, but you can't take away finesse, refined touch and silkiness from this catchy wine.

Tasted in April 2011. This wine had an extraordinarily aromatic and intense nose with sweet black cherries, strong structure, excellent balance and stunning length. It was sophisticated and nuanced. Less concentrated than 2009, but still a great effort!

Tasted twice - last time in October 2012. Consistent notes. Very ripe fruit on the nose and palate, very long on the palate, velvety with silky fruit and silky tannin. An impressive sweetness of the fruit. Rich and sophisticated. Excellent balance. Surprisingly drinkable now. It's like more finesse and elegance than power and strength, I did expect more concentration here, but maybe this wine represents the vintage style. Awesome effort but not 100p wine for me.

Tasted in October 2012. More intense and powerful than 2006; greater complexity; a deeper and longer reach; a strong structure; a sophisticated tone; and a stunning length. Excellent stuff. Again, a great, stylish, and classy Pauillac/Bordeaux wine.

Tasted twice - last time in October 2012. Consistent notes. Very fruity, charming, and round, with a well-balanced, smooth, and graceful finish. Great success for the vintage.

Tasted twice - last time in October 2007. Consistent notes. Black red. In April 2006, it had a lot of new oak and black cherries as well. It was a powerful wine with stunning balance, multilayered structure, and a lingering aftertaste that came perilously close to 1. Cru status! Breathtaking! It was even better in October 2007 at the property (already bottled), with fabulous texture, fantastic balance, and exceptional richness.

Tasted in October 2012. Alfred Tesseron calls this wine a "Mediterranean" style. I don't quite agree, as it didn't show any "warm" flavours on fruit, and tannin wasn't dry. It showed more concentration, more depth and better complexity than in 2001. Long finish. Superb wine.

Tasted three times - last time in September 2010. Consistent notes. An elegant and fruity wine with a nice balance and long aftertaste. A joy to drink now.

Tasted in August 2005. Charming and ready to drink. It should be consumed quickly.

Tasted in September 2004. This vintage didn't provide grapes with enough maturity, a bit of greenness on the nose and on the palate. Lean and with wet cardboard flavour.

Tasted in November 2018. Fresh on the nose, real bang on the palate, fine acidity and depth, delicate complexity and length as well. Eschenauer bottling.