This awesome wine from Pauillac is close to 1. Cru quality! 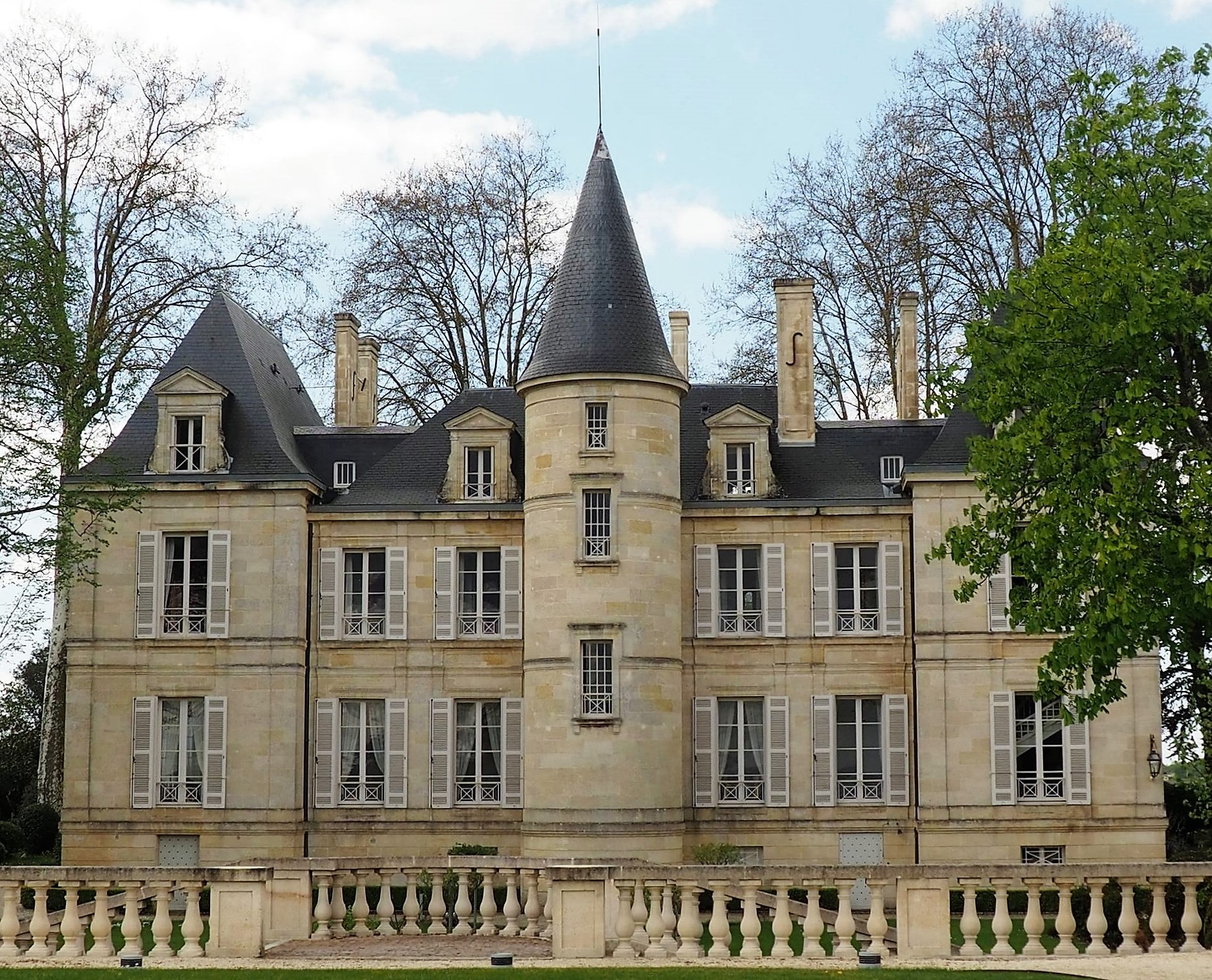 Pichon Comtesse is situated on the right side of "Route de Vin", opposite Pichon Baron on the left side of the road, just barely one kilometre after leaving St. Julien's town in the direction of Pauillac.

After 29 years of Pichon Comtesse (1978-2007) by the Lencquisaing family, it was sold to the owners of famous champagne-producer Roederer at the beginning of 2007. In 2012 major renovation of wine facilities took place. In November 2012, Nicolas Glumineau arrived at the property, appointed as general manager. His previous job was at Chateau Montrose. After a difficult start with the 2013 vintage, he masterminded the 2014, 2015 and 2016 vintage, the latter challenging for being the best vintage since 1961.

Here you find a good portion of St.Julien's style in Pauillac. Very refined, rich and sophisticated wine. But also a lot of Pauillac style with cedar and tobacco leaves from Cabernet Sauvignon. This property has a long history and is well-known and appreciated among Bordeaux lovers for its classic and well-crafted wine.

Tasted in April 2022. 88% C.Sauvignon, 10% C. Franc and 2% Merlot. 12.9% alcohol. This property had to put more C. Sauvignon in the blend due to a significant loss on Merlots (coulure and mildew). Therefore low yield, which landed on 15 hl/ha. Cabernets had greatly profited from fine weather conditions in October. Redcurrants, crushed stones, fresh coffee beans, potent yet elegant, medium concentration, fine midpalate and persistent finish. Very successful for the vintage.

Tasted in May 2021. 77% Cabernet Sauvignon, 17% Merlot and 6% Cabernet Franc. I found this wine slightly tighter and more pronounced tannic structure than I experienced in 2018 and 2019 vintages. Nevertheless, we have an incredibly complex, rich, sophisticated, multilayered creature that needs several decades to develop awesome things.

Tasted twice - last time in December 2020. Consistent notes. 71% Cabernet Sauvignon, 23% Merlot, 5% Cabernet Franc and 1% Petit Verdot. An epitome of sophisticated touch, elegance, finesse and richness. Velvety texture, silky fruit and tannin, sensuality, and attraction. Mind-boggling wine, which imho surpasses 2016 by a bit of margin, but just. It may even get a perfect score from me after bottling. It'll be fun in 4-6 years to compare 2016 and 2018. It has to be the best wine of this property in the last 50 years and, of course, Nicolas Glumineau's best vintage he's made!

Consistent notes. IPT (Index Polyphenol Total) was very high in 2016, reaching 81 compared with 74 for 2015. This wine was a showcase, an incredibly styled wine and a hit. 75% Cabernet Sauvignon, 21% Merlot and 4% Cabernet Franc. Impressive nose of blueberry essence, precise and focused, velvety texture, extremely sophisticated and rich, incredible depth and length. A masterpiece of Nicolas Glumineau! Tasted five times - the last time in April 2019.

I tasted four times - last time in April 2019. Consistent notes. 68% Cabernet Sauvignon, 29% Merlot, 2% Cabernet Franc and 1% Petit Verdot. The final blend was already made in February 2016. This wine was already a stand-out barrel sample presented during two days of UGCB tastings in Bordeaux in April 2016. While it tasted again six days later at the property, it showed the same. Packed with perfectly ripe fruit and tannin, excellent complexity and length. More concentration, richness, depth and length than usual, sophisticated and mega aftertaste. I don't remember Pichon Comtesse being that complex, rich, classy and stylish in the last 25 vintages. It seems that in 2015, this stunning beauty got an extra dimension to it, thanks to perfectly ripe inside and outside Cabernet Sauvignon. Same impression and even more complexity, while retasted in April 2017, October 2017, October 2018 and April 2019.

Tasted twice - last time in October 2017. Consistent notes. 2013 was Nicolas Glumineau's first vintage and an extremely difficult one. A new cellar wasn't quite ready, some deliveries of equipment were late, so there was some stress among staff. Anyway, Nicolas Glumineau and his team managed to deliver a delicious wine. Extremely rigorous selection resulted in a "minuscule" yield of only 20 hl/ha. The wine's 100% Cabernet Sauvignon. Roasted/grilled bacon on the nose, tobacco leaves, round, fruity and spicy. Already drinkable with a nice fruity finish. This wine is sold out from the property - I guess many restaurants have bought it.

Tasted three times - last time in October 2015. Consistent notes. 78% Cabernet Sauvignon + 12% Merlot + 8% Cabernet Franc + 2% Petit Verdot. Lots of acidity here, tannic and somewhat dry. There is an unusually high proportion of Cabernet Sauvignon in this vintage, so patience is required for this wine to soften.

Tasted four times - last time in February 2018. Not consistent notes. 63% C.Sauvignon + 29% Merlot + Cabernet Franc 3% + Petit Verdot 5%. Aromatic and rich on the nose. Elegant, silky fruit and velvety tannins, sappy and fleshy, splendid length and aftertaste. It was in October 2009. Eight years later, it's evident that baby fat has gone, and the wine suffers a little bit from overdone vinification and resembles the old style of the property. I have to retaste it in a few years. In February 2008, this wine was back to its best, like in October 2009.

Tasted in October 2009. 58% C.Sauvignon + 36% Merlot + Cabernet Franc 2% + Petit Verdot 4%. An aromatic, gentle and smooth wine with lovely balance, round and caressing aftertaste. On the light side, but incredibly charming. Will provide early drinking.

Tasted four times - last time in April 2016. Consistent notes. 64% C.Sauvignon + 29% Merlot + Cabernet Franc 6% + Petit Verdot 1%. According to many wine critics/journalists, Controversial wine, but for my part, I've always liked it. It's soft tannins and isn't a blockbuster as many had expected. Sensual, fleshy and beautifully crafted wine slowly put on weight while in the bottle. Exquisite balance and long caressing aftertaste. I will keep it for 15 years at least.

Tasted three times - last time in April 2018. Consistent notes. Sun-dried raisins on the nose and palate. Not a trace of overripeness, Marmelade or stewed fruit here. Sappy and well-proportioned wine with plenty of tannins, delicate balance and firm aftertaste. Great success for the vintage.

Tasted four times - last time in September 2017. Consistent notes. Deep red. Pleasant on the nose with ripe and aromatic fruit (blackcurrants and cherries). Splendid on the palate with well-composed ingredients, fine structure and long aftertaste. Refined and elegant. A tremendously fine wine for the vintage.

Tasted three times - last time in October 2021. Consistent notes. 75% Cabernet Sauvignon here. Powerful, strong backbone, deep and long on the palate, powerful and tight. This was in 2009. Nine years later, this wine gained more concentration, depth and richness. In October 2021, tasted from magnum, it was so classic for the property with notes of forest floor and cigar box, great complexity and elegance, sophisticated touch and exquisite balance. Impressive stuff.

Tasted at the chateau in April 2018. This property's close neighborship to Gironde river assured no frost damage in its vineyard. The wine itself had an astonishingly perfumed nose of blackcurrants, lovely complexity, depth, structure and length, and it tasted exceptionally well.

Tasted twice - last time in October 2009. Consistent notes. Much Cabernet taste in this wine, elegant and with great finesse. Superb balance and smooth aftertaste. It lacks maybe more concentration, but the other ingredients here are just fine. At its peak now.

Tasted four times - last time in November 2015. Consistent notes. There is a lovely intensity of spicy blackcurrants and redcurrants, feminine style with finesse and seductive taste. Delicious wine. A bottle tasted in November 2015 was significantly better than the one from 1996 (last tasted), so this wine gets an upgrade and a big one. Seductive, truffles, lot of sweetness, lovely balance and depth, silky fruit and tannin. Long aftertaste.

Tasted three times - last time in April 2018. Consistent notes. Potent, fat and concentrated, rich with enormous depth, complexity and incredibly long and persistent finish. This wine has the potential to keep all strings together for more than 50 years. One of the best examples of the vintage and one of the very best wines ever for the property. It was in 1996. Twenty-two years later, this wine seems to have got some "wrinkles on the face", and it's not that profound anymore. However, it's still an exceptional wine.

Tasted twice - last time in September 2017. Consistent notes. In February 1996 - dark colour, Much depth on the nose with finesse and grace. Potent and concentrated, very complex and lengthy. Impeccably made wine that can stay on top for at least 20 years! Almost 20 years later, it's thoroughly drinkable, quite mature and tasty.

Tasted in September 2017. Light in colour, quite mature on the nose and palate, nice complexity and structure.

Tasted in February 2020. Big, complex and intense nose of dark cherries, big with truffles on the palate, long and sophisticated. Impressive stuff for a 50 year old wine that easily can thrill wine freaks for another 10-15 years!

Tasted in September 2017. Old stuff, but this wine is still alive and drinkable. 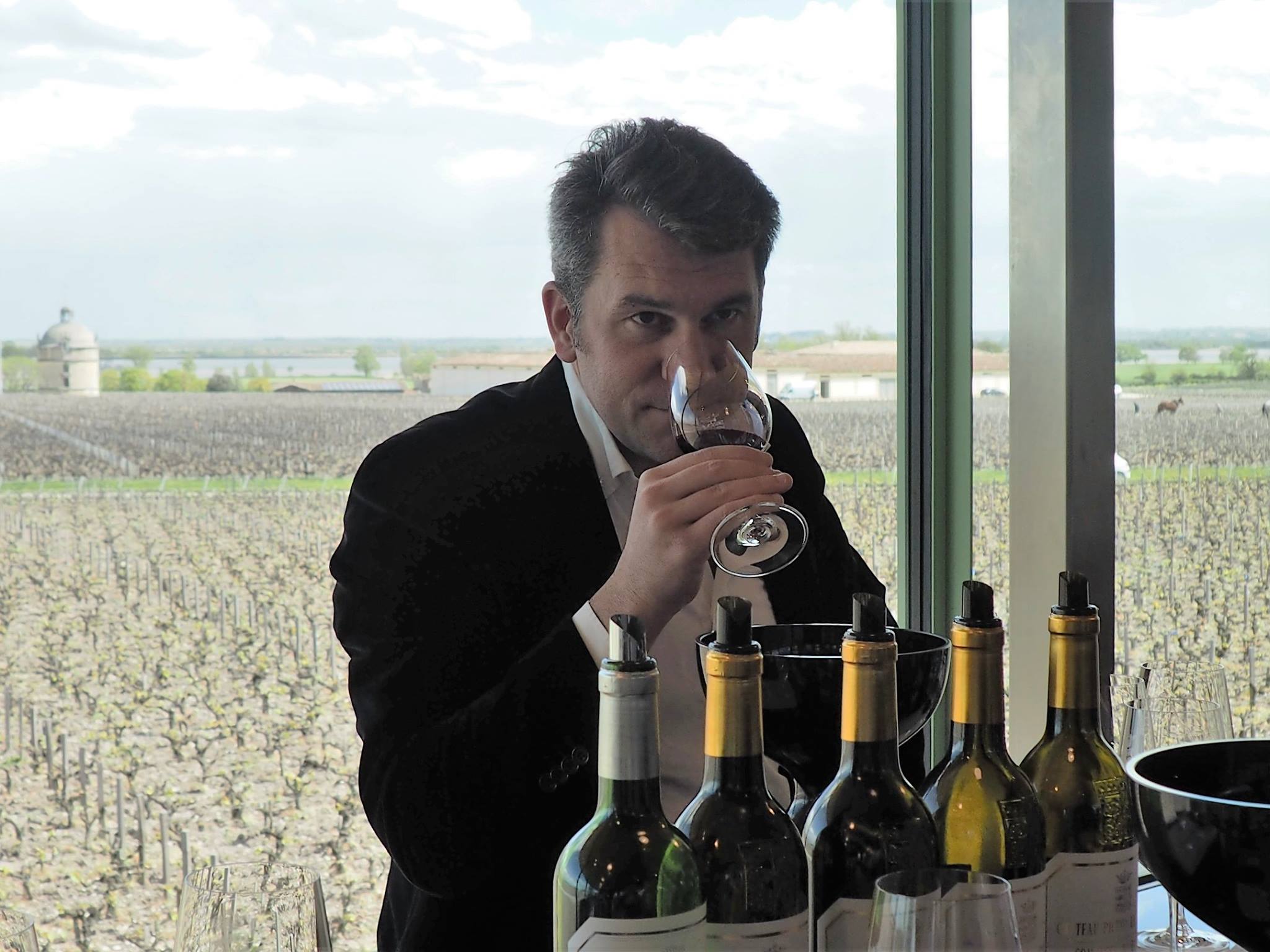