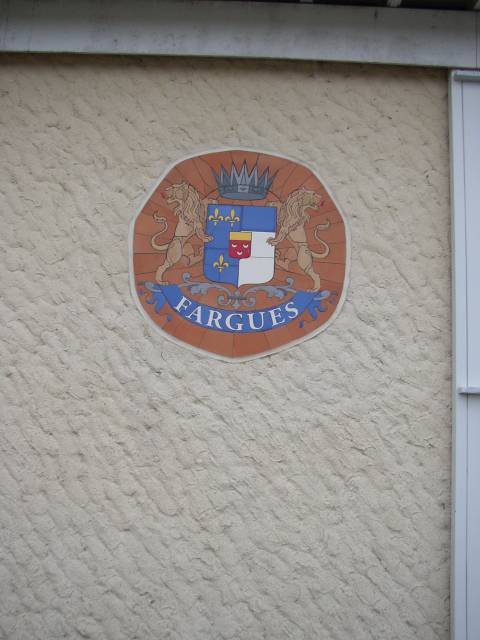 Château de Fargues, known as "poor man's d'Yquem", produces stunning sweet wines and is a fine proof of, that there also is a world outside the classified growths in Bordeaux.

Château de Fargues has been owned by Lur Saluces family since 1472. In the 18th and 19th century Lur Saluces family owned several properties in Sauternes and Barsac, like Coutet, Filhot, de Malle and especially d'Yquem. It was knowing how to produce sweet wine at these properties, which made Marquis Bertrand de Lur Saluces decide in the late 1930s, that in the future sweet wine also would be produced instead of red wine at de Fargues. The first vintage of de Fargues in sweet version was 1943.

For many years, the present owner of de Fargues, Count Alexandre de Lur Saluces, took care of both d'Yquem and de Fargues. But after d'Yquem changed hands in the late 1990s, Count Lur Saluces said farewell to d'Yquem in May 2004 – and has consequently been able to concentrate 100 % about de Fargues. Big investments in new wine-facilities and general modernisation of the property have resulted in de Fargues being top-tuned.

De Fargues is situated in the southeastern corner of Bordeaux, more precisely in Fargues commune in the southern outskirts of Sauternes & Barsac districts. The site's name is Fargues-Le-Collen and de Fargues is placed on a little hill with a grandiose view over the countryside. In addition to wine production, de Fargues has also a big production of sweet corn, which is used as fodder for property's cattle of the famous race Bazas. There is also a big area of grass and de Fargues owns a forest of more than 100 ha.

Its vineyard is 15 ha and vines grow on gravelly soil with subsoil consisting of small stones and clay. The cépage is 80% Sémillon and 20% Sauvignon Blanc, and wines are on average 35 years old. Yield per ha accounts for 9 hl, and de Fargues is kept in 100% new barrels for 36 months.

Only grapes with sugar content corresponding to minimum 20 grades potential alcohol (app. 340-350 g sugar per litre) are harvested. If the particular vintage can't deliver that, then all the production is declassified. Techniques which help to increase alcohol content in the must, such as "chaptalisation" and "cryo-extraction", are forbidden to use at de Fargues. And there is no filtration of wine here.

De Fargues resembles a lot concerning style, compared with its famous "big brother" (d'Yquem), but costs only 1/3 of the price of d'Yquem. At its best, de Fargues is multidimensional wine with exceptional botrytis, breathtaking concentration and fascinating richness – and can easily match d'Yquem all the way.

No 2012 Fargues was produced as the quality of the grapes harvested (too low sugar content), wasn't considered to be worth Grand Vin.

Tasted in April 2018. Unctuous, very rich and with outstanding freshness and acidity. Remarkable sweetness and a lot of botrytized flavours like honey melon and guava. Long and creamy on the finish. Outscores  2015 vintage.

Tasted in April 2016. It had a lot of everything like the sweetness of fruit and acidity, complexity, structure and length. Spicy. Finished with acacia honey flavour. Very successful for the vintage.

Tasted twice - last time in April 2011. Not consistent notes. Barrel sample at the property was better that the one tasted at UGC tasting. This wine had an extremely intense nose of grapefruit, acacia honey and apricot, strong and full-bodied palate, excellent acidity and balance. Marvellous effort.

Tasted twice - last time in April 2009. Not consistent notes. Acidity in this wine matched fruit sweetness perfectly. This was a wine with lovely structure and great style.

Tasted twice - last time in April 2011. Consistent notes. This wine was somewhat closed and showed only some moments of its fine quality during primeur tasting in April 2008. I bet however it will vastly improve when in bottle. And it certainly did! It displayed the great intensity of botrytised flavours like sweet pineapple, mango and honey melon, stunning acidity and elegance, sophisticated touch and long honeyed aftertaste. Stunning wine.

Tasted twice - last time in April 2011. Consistent notes. It was an easy harvest with only 5 "tries" in the vineyard. Grapes picked were simply of so heavenly quality, that almost everything went into Grand Vin. Pale yellow. Botrytis here was simply extraordinary with fantastic depth and intensity. Very strong aromas of orange, mandarins and apricots were whirling around. This wine showed an enormous sweetness, which was perfectly supported by fresh acidity. Its incredible richness, extremely sophisticated style and impressive length completed this beauty. When tasted in April 2011, it had a significant and catchy aroma of almonds both on the nose and palate.

Tasted in April 2005. Unstable weather during summer with hail and long harvest with the outbreak of sour botrytis made it difficult to produce a wine, which could live up to standards at de Fargues. There was however deep and intense noble rot, finesse and elegance, some nuances and nice aftertaste. But hardly an exceptional vintage, because it lacked concentration and length when tasted. We hope it will improve when in the bottle.

Tasted twice - last time in April 2011. Consistent notes. Extremely powerful and intense on the nose with grilled/smoked aromas of nuts, mango, guava, honey melon and dried apricots. Opulent, strong and deep on the palate with fabulous sweetness and corresponding acidity. Staggering length on the palate and long honeyed aftertaste. I love this vintage!

Tasted in April 2006. Late harvest – finished the 1st November. Pale golden. Splendid and well-defined botrytis. There was acacia honey on the nose plus oranges, apricots and citrus/orange peel. Very elegant, refined, rich and with a soft finish. This is the great wine for the vintage and can further improve in the next 10-15 years.

Tasted three times - last time in April 2011. Consistent notes. This wine had a sublime and fascinating noble rot with incredible intensity and fabulous sweetness. What a complex and multidimensional nose of créme brulée, candied orange peel and créme caramel. The same on the palate. Unbelievable richness, length and aftertaste. This is heaven!

Tasted in April 2006. Golden. Fine and well-developed botrytis. The aroma of citrus, citrus peel and dry apricots on the nose. Acidity in this wine matched fruit perfectly, so balance here was intact and assured long life. An elegant and lighter version of de Fargues, which should be enjoyed in the next 10 years.

Tasted in March 2003. This vintage is generally better than 1999 in Sauternes & Barsac, both concerning the quality of noble rot and concentration of fruit. That's also the case at Fargues, who produced and incredibly well-balanced, complex and beautifully structured wine. Keep it for additional 10-15 years.

This wine has always been among my all-time favourites and makes my knees soft every time I taste it (March 2003, May 2005, April 2006, April 2007 and April 2008). Dark golden. Incredibly deep and well-defined botrytis, strong aroma of heather honey, orange peel and candied apricots. Big concentration, enormous richness and impressive length on the palate, plus fabulous marriage between sweetness and acidity make this wine something really extraordinary. Will be an astonishing enjoyment in the next 15-20 years.

Tasted twice - last time in May 2005. Consistent notes. Barely so exquisitely botrytised, intense and luscious as 1997, but still shows tremendously high quality. All ingredients in this wine play really beautiful together, and wine's force lies in its many facets, perfect balance and persistent aftertaste. Complete and mighty wine, which cries for 12-18 years more in the cellar.

In March 2003 it had aromas and tasted of super concentrated acacia honey, was quite rich in alcohol and had fabulous botrytis, big complexity and long aftertaste. Was as formidable in April 2006 with an obvious aroma of walnut crème and brown sugar on the palate. Will easily keep for additional 10 -15 years.

Tasted in April 2008. This was a pure class - sophisticated wine with the delicious match of sweetness and acidity, mandarine/candied orange peel and honey melon flavours. A real beauty for keeping in another 5-10 years.

Tasted in April 2006. Golden brown. Seemed fresher on the nose and on the palate than 1990. Sublime and well-composed noble rot, candied citrus/orange peel on the nose and palate plus aroma of caramel pudding and figs. Both sweetness and acidity here have a perfect hold of things and this results in excellent balance. Full-bodied and intense. Dazzlingly superb and lovely wine, which still "looks" young at 20 years' age. I bet on, that it can keep for 6-8 years more.

Tasted in April 2006. Raw yellow. Showed impressive botrytis, but was a bit acidic on the nose and palate with bitter aromas of orange/citrus peel. Full-bodied with the big richness of nuances and extremely long aftertaste. A mistake from consulting oenologist concerning the measure of sugar content in grapes resulted in grapes being harvested a little too early, which meant less sweetness in the wine. In spite of this, this vintage is a great success for de Fargues. Can be put down for additional 4-6 years.

Tasted in April 2006. Yellow-brown. This wine reminded a lot of 1983, but acidity here was barely so fine and well integrated. Had its peak several years ago.

Tasted in April 2006. Golden brown. Noble rot of aristocratic kind with extraordinary depth and intensity. Manifold nose of candied tropical fruits and oranges, apricots and rasp honey. Mega long and incredibly sophisticated taste with honeyed consistency, perfect balance and an aftertaste, which refused to end. This was a monumental wine, which rightfully can be called "Nectar of Gods". Count Alexandre de Lur Saluces has the feeling, that this wine easily can keep for another half a century. I tend to agree with him. It was an unforgettable show-stopper for the tasting!