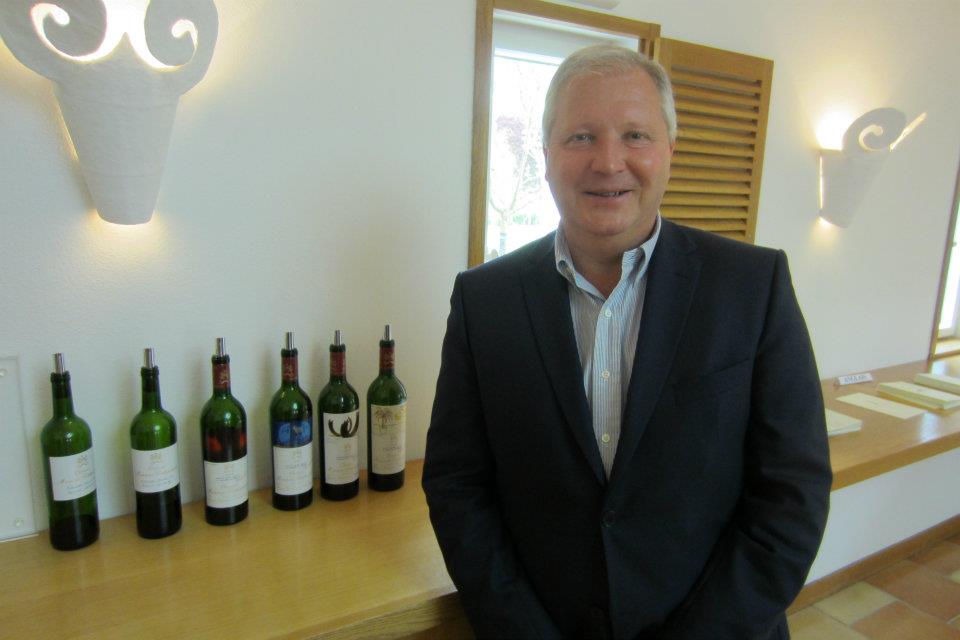 Chateau Mouton Rothschild is one of Bordeaux 5 First Growths, and it's situated in the outskirts of Pauillac village. This property covers app. 75 ha of vines planted with 77% Cabernet Sauvignon, 12% Merlot, 9% Cabernet Franc and 2% Petit Verdot. However, this is not always the exact composition of grape varieties in Grand Vin, as it depends on the vintage. For instance, 2011 vintage's varietal mix is 90% Cabernet Sauvignon, 7% Merlot and 3% Cabernet Franc. The average age of vines here is around 50 years.

Mouton Rothschild is maybe the less concentrated of all First Growths but compensates for it with extreme elegance and finesse, richness, complexity, sophisticated touch and strong yet finely composed structure. This wine is destined for long life and maybe a little light-footed when young, but comes strongly back after 10 years and all the exceptional goodies are being released.

Mouton Rothschild's second wine is Le Petit Mouton de Mouton Rothschild, a very well made wine. Owners of Mouton Rothschild produce two other wines of excellent quality for the money - d'Armailhac and Clerc Milon. White wine, Aile d'Argent is also produced here, and this is a splendid one.

Tasted three times - last time in December 2020. Consistent notes. 86% Cabernet Sauvignon, 12% Merlot and 2% Cabernet Franc. Upper-class nose and which is extremely distinctive, deep and intense. Layers and layers of creamy fruit and fat tannin cover the palate. Extraordinary structure and complexity, sophisticated and thrillingly long finish. This wine ticks all the boxes. Another legend in the making for sure!

Tasted in April 2018. 90% Cabernet Sauvignon + 9% Merlot + 1% Petit Verdot. It tasted woody, but it was obvious that there's great potential. Very classic nose of well-grown Cabernet Sauvignon with tobacco leaves and roasted bacon, intense, sophisticated, fabulous complexity and richness. Will be a stupendous thrill when in the bottle.

Tasted twice - last time in June 2015. Consistent notes. A classic and stylish wine with stunning elegance and finesse, velvety inside with silky fruit and tannin, seamless structure and very long aftertaste. Sophisticated and refined. Cabernet Sauvignon at its very best. Imho, this is probably the best 1.Cru wine in 2014 vintage!

Tasted in March 2014. It had a delicate nose of blackcurrants and raspberries, finesse and elegance, splendid structure and finish. An excellent effort for the vintage.

Tasted twice - last time in November 2015. Consistent notes. This wine had black cherries/blueberries all over, velvety fruit and tannin, very complex nose and smooth, silky finish from the barrel. Fine midpalate. Lighter than usual but with striking elegance and finesse. In November 2015, it seduced the audience with a very sophisticated nose of dark chocolate, pure elegance and finesse, remarkable complexity, and impressive length. Among top wines of the vintage. 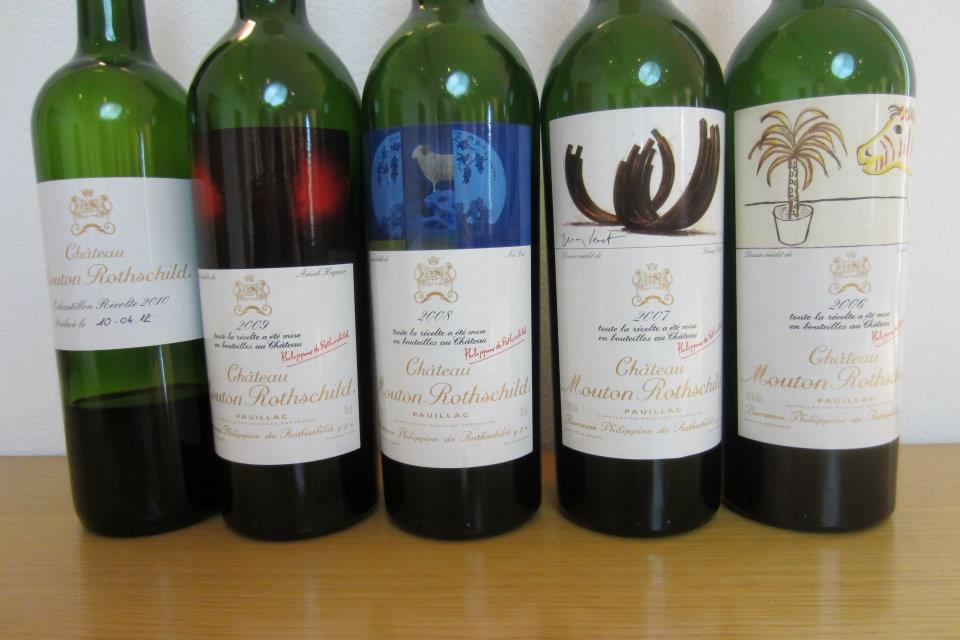 Tasted twice - last time in April 2012. Consistent notes. Excellent nose of blackcurrant and cigar box, very long on the palate with minerality, strong backbone and persistent aftertaste. Return to classic Pauillac after flamboyant 2009 and 2010. Not in full blossom yet - have patience.

Tasted in April 2012. A captivating nose of black cherries, round, surprisingly ripe fruit for the vintage, excellent structure, length and smooth finish. Lacks a bit of richness and depth, but this is a great effort for the vintage.

Tasted in April 2012. Fleshy on the palate, spicy fruit, rich and powerful. A lot of stuffing but unevolved one. Needs time to soften and become approachable.

Tasted three times - last time in November 2015. In May 2008, when tasted blind in Copenhagen, against Lafite 2005, Latour 2005 and several wines from Italy and Chile - so-called Berlin tasting, was impressive. Black, red coloured wine, dusty blackcurrants on the nose and palate, very sophisticated, fabulous length and wonderful balance. Elegant, not especially concentrated but incredibly well-knitted. My initial impression was 100% Bordeaux because of this wine's elegance and complexity, and my guess was Lafite 2005. It turned out to be Mouton Rothschild 2005, and I was really impressed because it tasted much better than out of the barrel in April 2006. In November 2015 it was a wonderful experience with grated chocolate and cocoa on the nose, perfectly ripe grapes, sophisticated and sublime wine. Best appearance yet imho.

Tasted in June 2015 during lunch at BPDR booth in Vinexpo. Shows its age with truffles, great elegance and finesse, well-balanced with very slight dry tones on the finish. Splendid wine-work.

Tasted in May 1993. Deep and intense on the nose, refined with finesse. Well-balanced, well-constructed and complex with a very long finish. Impressive stuff with many years to improve even further.

Tasted twice - last time in October 1994. Consistent notes. Fantastic nose of perfectly ripe fruit with grace and depth. Heaven on the palate with perfect integration of fruit and tannin, strong structure, richness, exceptional purity, depth and length. Wow. I guess this wine will easily keep until 2040! 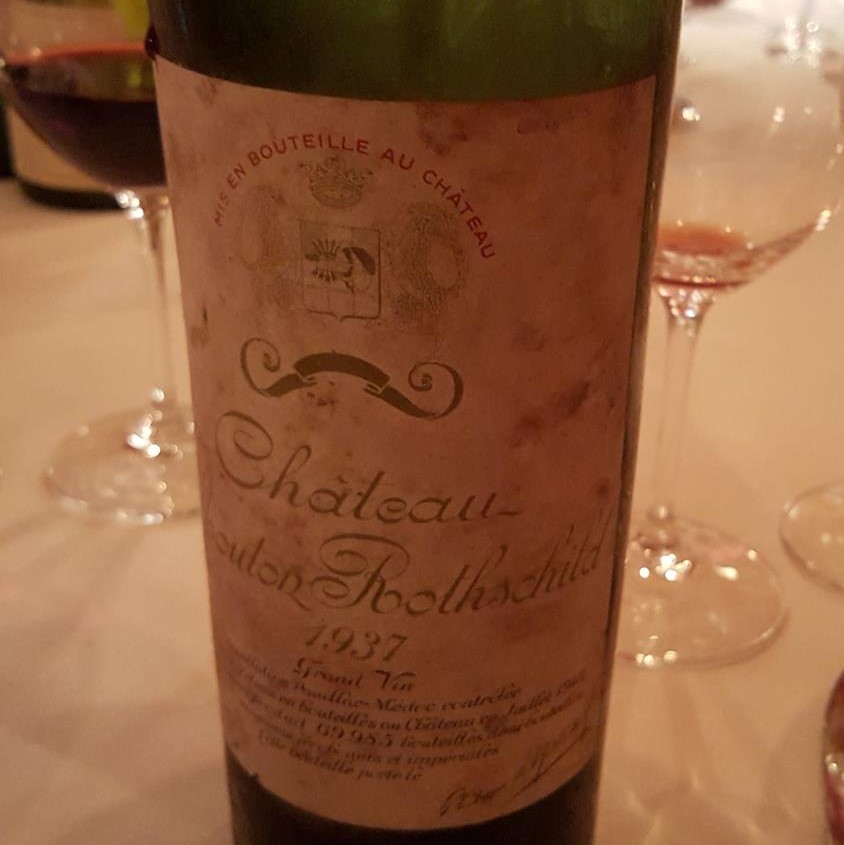 Tasted in March 2009 during dinner at Domaine de Chevalier. Truffles on the nose and palate, chocolate powder, awesome structure and balance, very elegant and sophisticated. Great bottle - still very much vivid and very much alive!