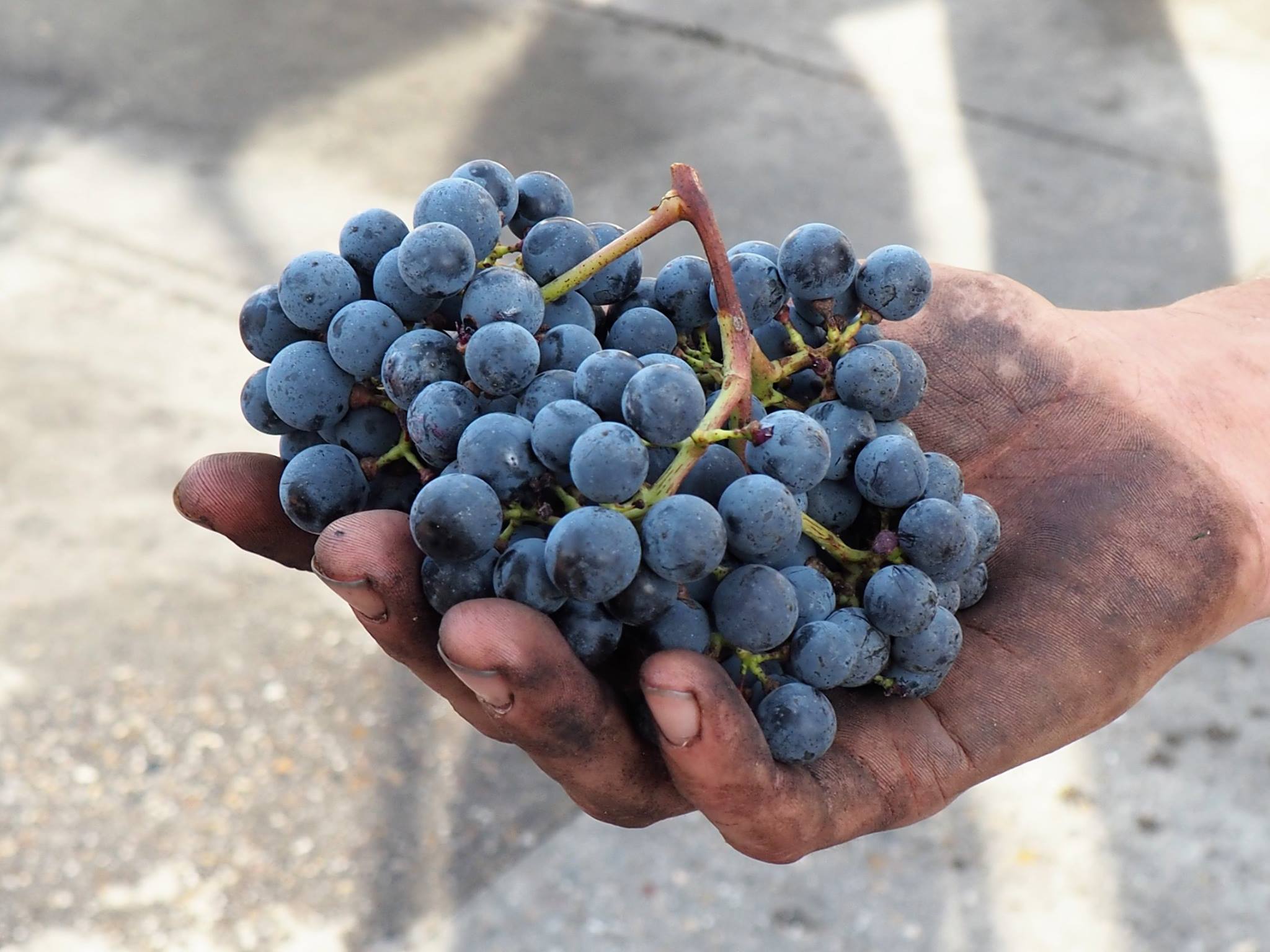 1. Bad beginning of the spring but perfect flowering which did result in normal yield.

2. Fine summer and no rain in almost 3 months, the welcome rain came at the end of September, 40-60 mm, just what vines needed. Sunshine, sunshine and sunshine.

3. Harvest took over 1 month many places with big difference between day and night temperatures, allowing perfect ripeness of grapes inside and outside plus freshness and many aromas.

4. All grape varieties did excellently. High ITP (Index Total Polyphenols) like in 2010.

2. Haut Bailly - many samples of 2016 juice after alcoholic fermentation, among others C.Sauvignon and Merlot from over 100 years old vines. Cellar master Gabriel Vialard has been extremely satisfied with what he has in vats/barrels! Maybe the best vintage for the property in the last 50 years!

6. Olivier Bernard from D.d.Chevalier compares 2016 white to 2009 vintage and 2016 red to 2010 vintage. He says, there was no rush to harvest Cabernet Sauvignon grapes as there was plenty of time to wait for optimum ripeness.

8. Moutte Blanc - a property in Macau, produces 100% Petit Verdot cuvée called Moisin, also other cuvées. Tasted 2015 and 2014. I liked 2015 better. Fine quality for money. Moutte Blanc is produced from vines growing in Haut Medoc and near Monbrison in Arsac from 0.75 ha 100% Merlot. The latter vineyard got permission from INAO to use Margaux appellation on the label beginning with 2014 vintage. Splendid 2015 for both Moutte Blancs. 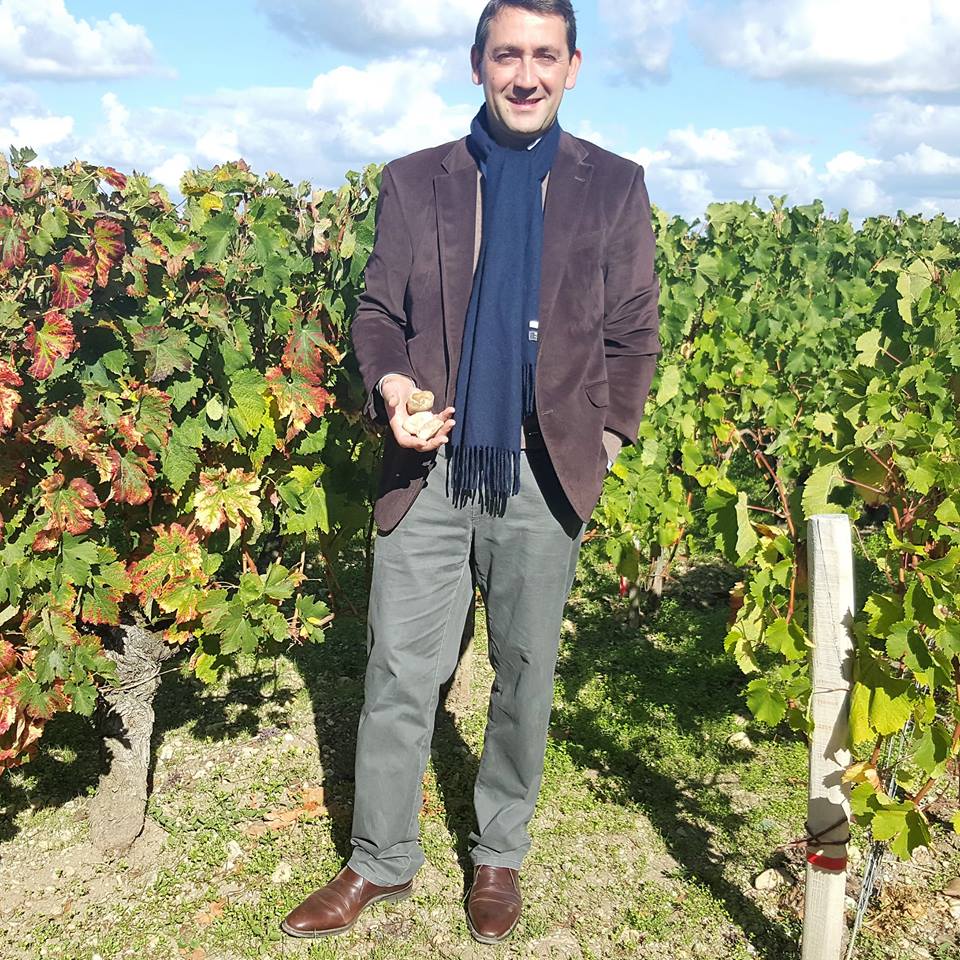 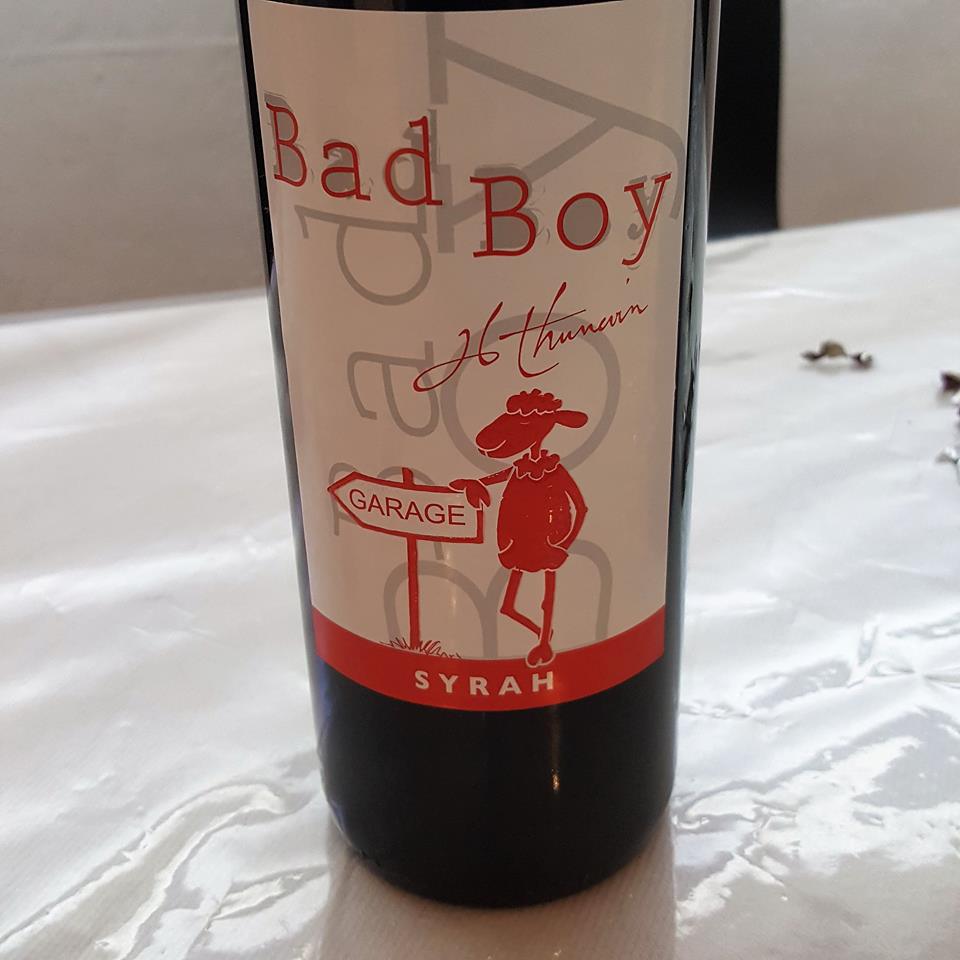 Another version of Bad Boy and it tastes just fine!

1. I was persuaded by my friend to go to Chateau Julia, a property well-hidden of the beaten tracks in neighbor commune to Pauillac, Saint-Laurent. It's run by a woman, Sophie Martin, who before creating Julia sold her grapes to a cooperative. Quite well-made wines which would be even significantly better, if she had the necessary funds to buy better equipment.

Julia is both Haut Medoc wine and Pauillac wine, meaning it has vines growing in both appellations. The latter has vines growing on excellent soil between Lynch Bages and Latour. Despite many attempts from chateau owners in the area to sell her vineyard in Pauillac, she firmly refuses to do so.

One Saturday in October 2016 I went to Tour Saint Christophe, a property situated magnificently on the border of Saint-Emilion and Saint-Christophe des Bardes. The view from there towards Troplong Mondotte is breathtaking. I tasted 2015 vintage of all properties except Enclos de Viaud. Haut Brisson (90% M+10% CF) had earthy flavours, ripe black fruit and tannin, strong backbone, fine acidity, fine balance and persistent finish. 89p. Tour Saint Christophe (80% M+20% CF) was much better wine than HB with more power, concentration and depth. Ripeness of both fruit and tannin was better here. Delightful wine for keeping. 92-93p. La Patache (85% M +15% CF) from sandy part of Pomerol showed violets and black fruit, also some extraction and earthy flavours, was a little bit tired (racking?). Quite good one. 88-89p. Enclos Tourmaline (100% Merlot) which 1 ha vineyard consists of four different plots in the best part of Pomerol (Le Plateau Argileux), is made in very modern style with the vinification of whole clusters, 100% new oak, etc. For my taste, despite this wine splendid intensity and acidity, it tasted a bit overdone and too extracted. But many people like that style. 92+p.

They are very enthusiastic with 2016 vintage at Vignobles K and I hope they will back down a bit with big extraction and including stems at Enclos Tourmaline, so 2016 will be fruitier and fresher. Nevertheless, it's a property to follow closely in coming vintages. 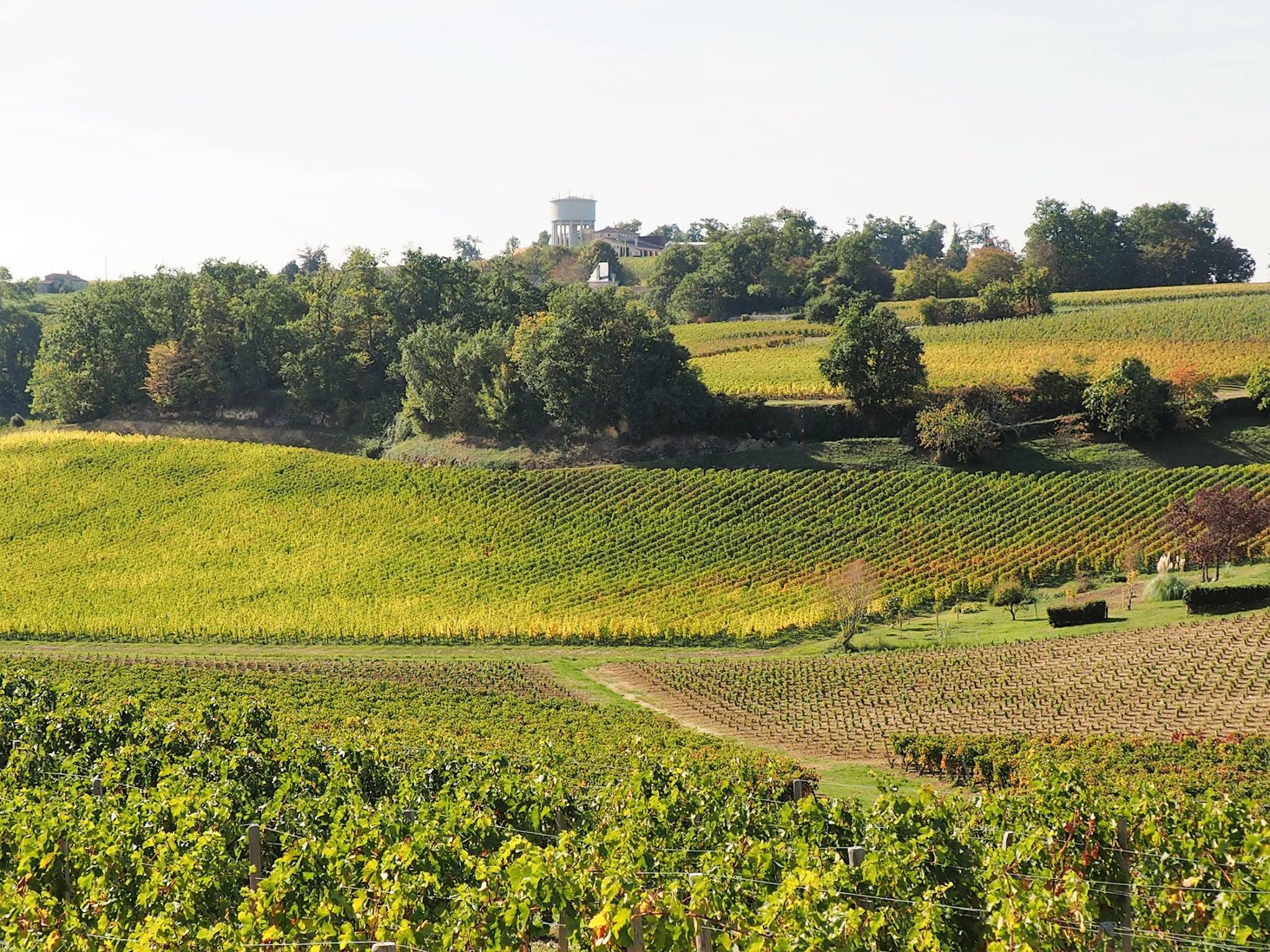 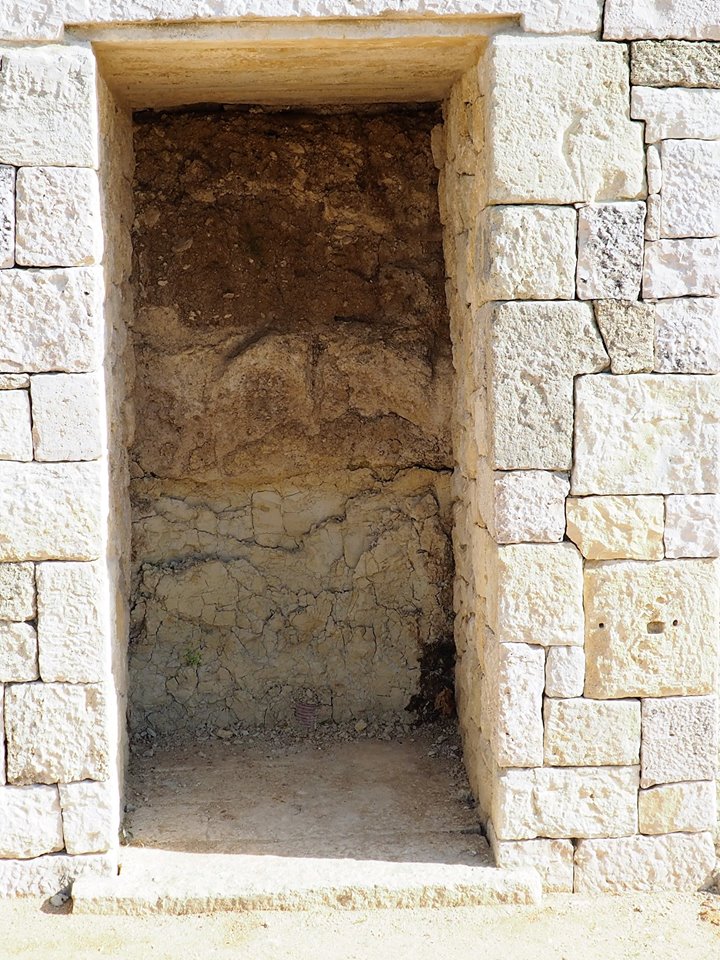 3. Grand Cercle tasting of 85 reds in vintage 2014 and 20 whites in vintage 2015. Reds were up and down, Saint Emilions were the best. Whites were of very fine quality. Tasting took place at Chateau Croizilles, situated close to La Mondotte and Tertre Roteboeuf. You simply can't miss seeing it while driving by, because of the orange-red painting of the building outside. View from here to vineyards of Saint Emilion/neighbouring communes is simply priceless!! 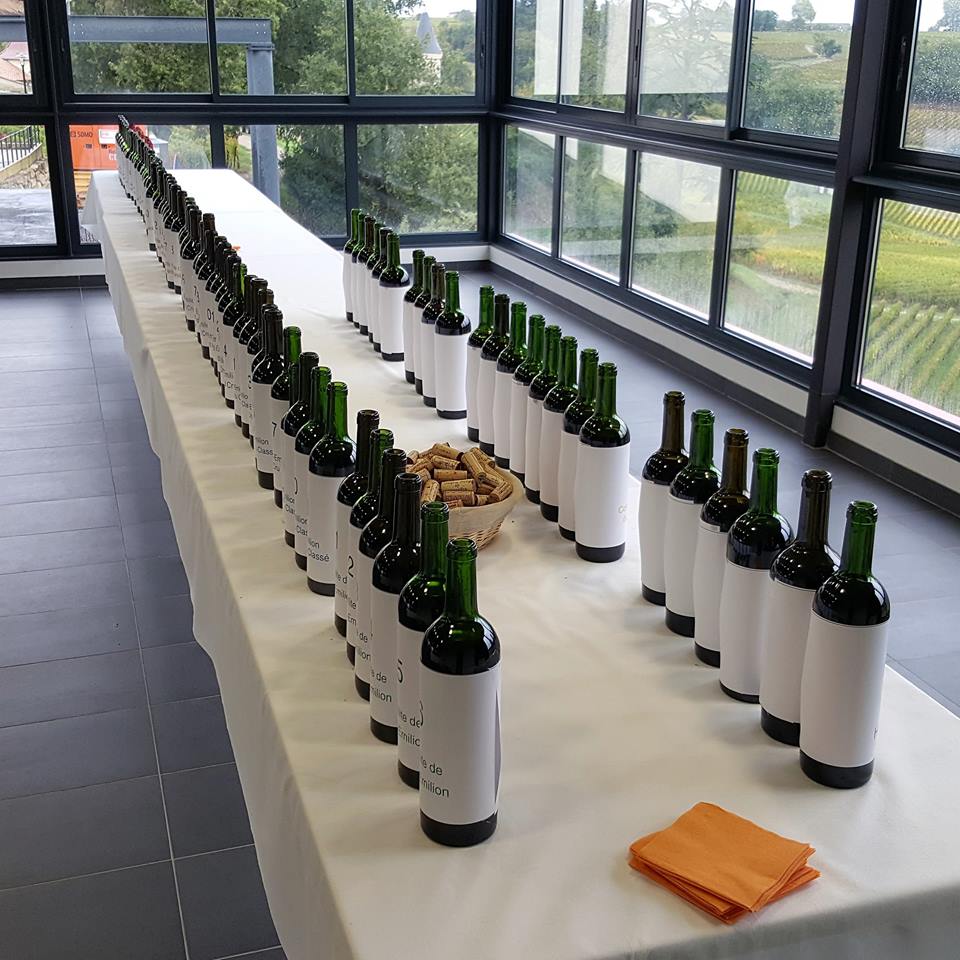 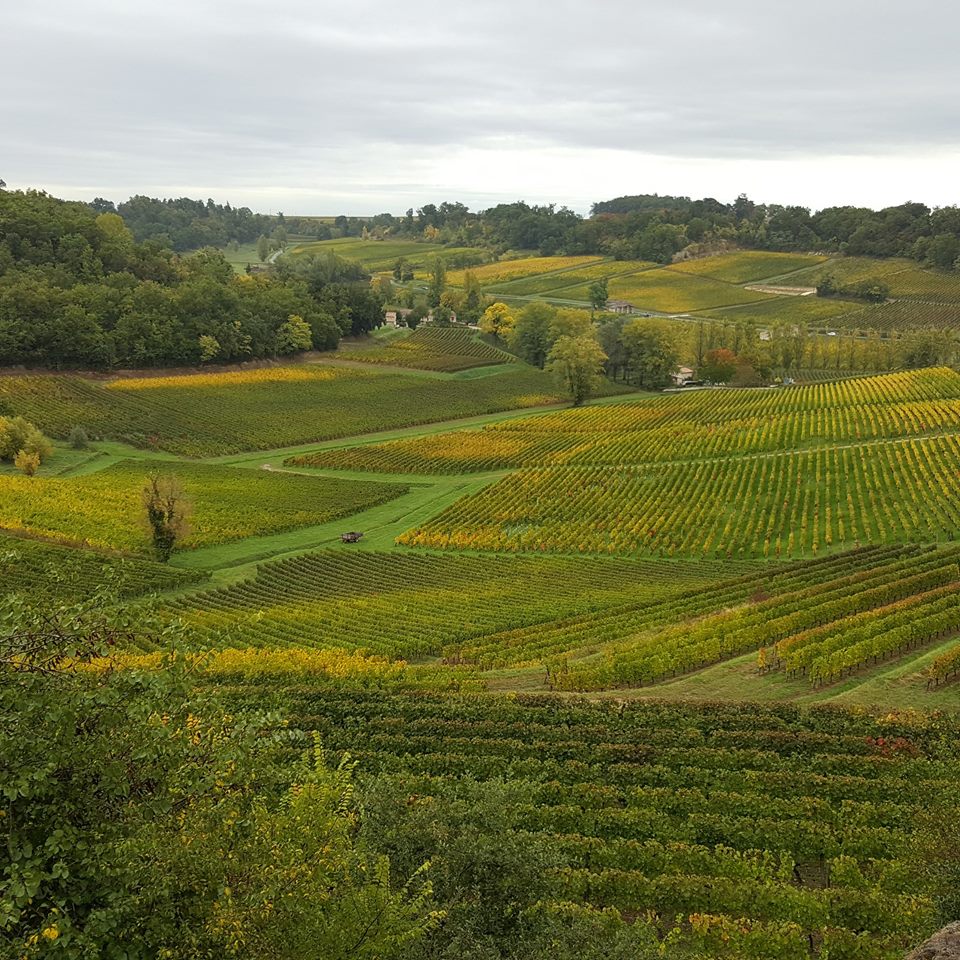 Simply magnificent view over vineyards in Saint-Emilion from La Croizille 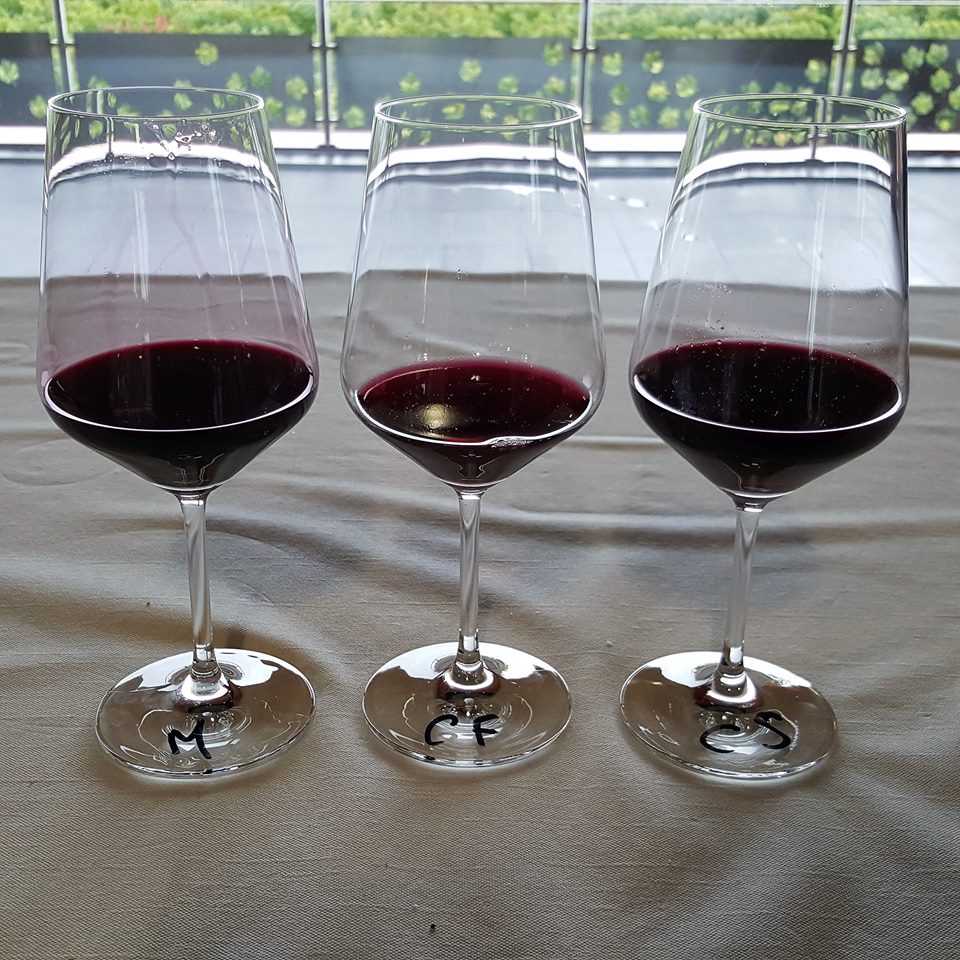 In addition to Grand Cercle wines, I had the possibility to taste fresh samples of 2016, 2015 La Croizille, 2010 La Croizille and 2010 sister chateau situated nearby, Tour Baladoz, thanks to Hélene de Schepper and cellar master who prepared samples. 2016 samples of each grape variety promised a lot and indicated that even at lower classified properties, this vintage will be splendid. 2015 La Croizille was just silky and delicious, very aromatic and tasty. 70% CS and 30% Merlot! 2010 La Croizille reminded a great deal of 2015, but had a slight flavour of figs and prunes. 50% of CS and M. 2010 Tour Baladoz, 80% Merlot + 20% CF, was a very fine mouthful with silky raspberry fruit and tannin, elegant and very tasty indeed.